When I decided to change my major to Geoscience, well, I received a mixed responds.

Of course, my cool ibu and ayah - as they always be - support me and advise me to do istikharah and stuffs (which I did) and I know they will pray for me to very end. So do some of my friends.


Some of my friends think that I betray them - for some sort of reasons by dumping physics and let them suffer alone. LOL

While some think that I am too 'hype' for geoscience. Of course, geologist doesn't have a certain ring to it like physicist does.

But hey, is geology that lame? 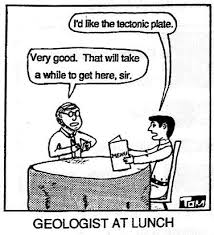 Geology is basically about the study of the earth and rocks and rocks, and rocks. In Malaysia Geology is always specifically means oil and Gas - thanks to Petronas for being so prominent. Sounds lame? Wait, I thought of that first. I remembered being in Geosc 001 field trip staring at those all-look-similar rocks (Okay, they indeed are all similar. All are limestone but different content in different strata) *look I just throw some geologic jargon to make me look smart:P

Yeah. I sort of  having the same impression - but the lectures are interesting and so does the lab as I getting further (and painstakingly hard sometimes). The dynamism of the earth - the continents, the oceans, the volcanoes and unknown layers of the Earth's interior that we only infer from earthquakes (seismic waves), and so many secrets of the Earth are yet to be revealed. Things are not as simple as you think it is. Yes, maybe the Earth look repetitive and dull and everything but it IS NOT.

Haven't heard the cool song by Nat Geo? The world is awesome - and so does Earth. 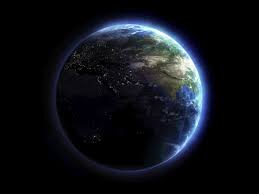 So today we had our field trip to an ex coal mine near Penn State. It was cloudy and a bit rainy - but this is what geologists do - we blend with nature. Okay, to cut things straight, we were doing some observations and analysis of human activities to the nature. On our way there, the Emeritus Professor Art Rose told us the impact of the building of I-99 route (where we are that time) which exposed a lithology of iron-rich rocks (in the form of pyrite which has sulfur in it) to the air. The impact was devastating as the sulfur being the runoffs, are drained to the creek nearby. This creates environmental issues. Many solutions had been provided to re-use the large amount of the rocks - as to create ramp or just dump it on the sides of the freeway. But seriously they do not solve the problem.

Then, we arrived at Pad Poe and the Professor led us to this Death Valley - and literally dead valley. There is scarcely a tree there and the soil is reddish with some green algae clustered on the surface. You can also see sulfates salt precipitated out from the water - marking as white crystals. It struck me really hard - is this what we are doing with nature?

You might think how US with her strict regulations and people recycling everywhere could have missed it? Well, this mine was started in early 50s where, according to the Professor, was relatively easy to start mining without any proper investigation on GEOLOGICAL structure of the sites.

Alas, things are getting worse and water are heavily and nastily contaminated on that site due to Acid Mining drainage (AMD). In 90s the mine has been closed but somehow the culprit gets away with it (These facts might not be true since I only recall it from the back of my head, listening to the professor)

Then we went to the Passive Treatment plan nearby, the holding pond which is the first station of where the run offs go has a pH of 2.5 to 3.0 which is heavily acidic! This is from the pond - which looked just nasty, reddish and the floor was filled with disgusting algae. Again, it struck me, what have we done?

This is just one case. Global warming, melting of the ice in the pole, ocean acidification - to list a few - are also things that we need to handle - and maybe to correct the mistakes due to our fast pace in modernity that we boast so heavenly over this century.

The initial purpose I changed my major was because I sick with math (read: my careless in math) and a seemingly experienced senior suggested me geoscience - also since geoscience is relatively has less calculations ,I can spend my time doing something else. So, I follow his advise. Alhamdulillah, so far, I never regret it.

Yes, I will be stranger to Large Hardron Collider (LHC), no Higgs Boson or any Boson to be found. No more indulgence in the String/M-Theory. But hey, I have the chance to study and actually save the world. I have no interest (maybe a little) to work for Oil and Gas company - maybe I'll work for the sake of industrial experience - but my true, sincere plan is to know this world better, with my knowledge and put it into use (a good one of course).

Engineers might provide technical solution, doctors might give treatment for the sake of humanity- but we geologist (well not all) provide solution and perhaps treatment to this dying mother Earth.

Yes, Sheldon Cooper call geologists "dirt people" - but this dirt, sir, actually helps you to keep yourselves away from dirt.

And Geology is not that simple - there are so many things unknown and yet to be known - that you have to go places - maybe places people will never go, like the deep pit of the ocean, maybe journey to center of the earth and pretty places like Italy (one of my professors have a pent house in Italy). And you'll know or eventually know, or at least theorize what had happened in the past, can it repeat by itself or predict some unprecedented occurrence.

It's really awesome just to think of it.

In geology, I can finally put knowledge of sciences - Physics, biology, and chemistry - into practices by observing and analyze this cool Earth - or in most cases rocks. You'll be surprised of how much we can know by studying rocks - they are like the recorder of the Earth history, waiting for human to study and take lessons from what had occurred in the fold of 4.5 billions years of Earth's History.

Studying Earth humbles me, we are only 20 000 years part of 4.5 Billion years - that is like 0.000004 of earth history - yet we do some enormous damage to this dynamic system and blessed system where every thing is kinda directed for our existence.

It is He who created for you all of that which is on the earth. Then He directed Himself to the heaven, [His being above all creation], and made them seven heavens, and He is Knowing of all things. (QS 2:29)


We do not inherit this earth, we borrow it from the future generations.

Ultimately, this world is a gift and a responsibility from God. Would you dare to ruin it?


p/s: I may have made a fuss about not going to hard science for my grad study - and that is not an option that I am going to close. Well, we see. Maybe two masters? InsyaAllah.