I plan to write this to a newspaper, but I think I just pour it down right here, in this un-updated blog. There are already voices (yeah, I know. It's just one) which want me to update my blog.

My sister, for her post-SPM past times worked at a fast food (?) franchise in Selangor, with our two cousins who are the same age. They worked diligently (I heard) and caused some disagreement in the franchise.

Well, you know. Not many have the same adherence to Islam - and my cousins and sister, Alhamdulillah, never missed their prayers and they did not plan to miss the prayers while their working either. So, long story short, the observance to prayer was being opposed by their superior, with excuse that it will compromise their work hours. That is one. The other thing is, they chose to wear handsocks (the kind of clothing that cover your arms if you have to wear a short-sleeved shirt) because the uniform given is short-sleeved. That also, was raised as an issue. And there was also issue about payment, something about they were not being paid at the right time with the right amount.

The issue here, that I would like to attenuate, is the respect. Civil right is one thing - how could in a self-claimed Islamic country the workers are being denied their right to practice their religion? The argument "ala orang lain boleh je buat" is really annoying and doesn't reflect respect to one's practice. If orthopraxy is something forbidden only because other people does not do it, I don't know what will happen to this society. The norms conduct everything, and even infiltrate our beliefs. This is where respect should come in. It's OK to be in a state of disagreement, but do respect. In the US, my friend is even given a spot for him to pray and it is OK with the management. One thing though, for those who are given permission to observe their prayer, do not abuse it by idling around in the prayer room. That is a tarnish to our religion.

Respect must not only come in disagreement, but also in terms of difference. What I mean by this is, no matter how inferior a person to us (or how different one is) we are in no right to disrespect it or deny him or her the rights that we think they should earn. I give you an example, other that the payment case I stated above just because my sister and our cousins were part-time workers, is seniority in boarding school. I am a product of a state religious school and we are no exception. When the Form 1 enters the school, so many restrictions and orders are applied to them but not other students. The reason is mainly, this is just the process they need to go through as we already went through. Please. This cycle which has embedded deeply in the minds of rising seniors is a total fallacy and does not promote a positive attitudes among students. I am not generalize things over all the students in all boarding school but this is a mindset that we need to attend, and rectify as we could.

The issue does not stop there, it is the same with the internship/practical period of undergraduate students. Again, some not all have to undergo something that is not even remotely related to the office work let alone their field of study. Buying drinks for their superior colleagues or some petty works that they could do by themselves are so silly - and then they talk about how inexperienced fresh graduates are. That, sir, is because they are not given the chance to learn the right thing while they were doing their internship. 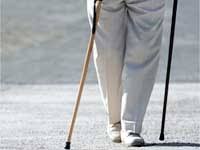 This is a common middle class citizen problem - but the contention, the crippled respect, does not disappear suddenly as we go up the societal hierarchy. In fact it grew bigger. When the case of Sarawakian's was exposed by Global Witness, some names of hot shots are out to the public. They (the culprits who sell the state-owned land to foreign developers) know what they were doing is wrong, but asserting it to be OK since they are not the only one doing it (refer: http://www.youtube.com/watch?v=_1RRNggnM6A)

What's wrong with you people? In my opinion, why they dare to do it is because they have no respect to the rakyat who they owe for electing them to office (not the other way round!) - to speak in mundane tone.

They have no respect to the rakyat merely because they think that the rakyat do not know this or need not to know this as long as they have a place to call home. The lawyer even called the innocent Orang Asal (aborigins) as "blind". What is sadder is, the same people are still in power today and all the they were acquitted from all the allegations.

The issue of respect - it is a wave that is getting larger as it goes up the string of social status. It starts little and ends big. It escapes many people and sadly our leaders too who, among many people, are supposed to show the right thing to do, fail us miserably.

Maybe, as for our mentality now, it is quite hard to mention the terms - "Respecting the Law" or "Respect the God". If the real people whom we deal with and see everyday, we are to deny our obligation to respect them - how can we be expected to fulfill our obligation to entities that we can't see (note: can't see doesn't mean it doesn't exist).

You might respect God, but do not respect His creations or the other way round. In any ways, this should be consistent, and neglecting one or the other is a contradictory. Even if you do not believe in God, you must have respect to the Ultimate Being, or the Law, if you prefer, that governs all the things (I do not want to start with the argument why God must exist  for the sake of this entry, and don't mistake me for a pluralist).

I don't even want to start on "respecting customers" or "respecting other road users". When I was in the overseas, I am totally humbled by their etiquette that is so different, in a good way, with ours. No wonder, the world revolves around them for the time being. Muslims are so eager to achieve power, that we forgot little things also matter.

With that, I rest my case - but not my actions. Be the change that we want.

Wallahua'lam.
Asbab Ilham oleh Unknown at 8:03 AM No comments: